Ladybird Books: Always for kids but now for adults too!!

I have always been a lover of books, my mum loved to read and her delight in reading was passed on to her children. I can not remember ever learning to read, I doubt I was born with the ability but I must have certainly picked it up quick.

I remember taking a reading test when 1st attending infants (or maybe it was juniors school and I remember being quite proud of myself for being able to read the word 'Refrigerator'!! It's funny the things that our young minds retain sometimes isn't it?

I don't know what books/comics I started reading with but I certainly remember reading plenty of these Ladybird Books in my formative years. They had such a wealth of great subjects. There were all manner of fairy tales like Beauty and the Beast, Snow White, Sleeping Beauty, Jack and the Beanstalk and history books too about the kings and queens, Robin Hood, Vikings, The Great Fire of London, The Romans, the list seemed endless.

At school we had the numbered series of learning books, I don't recall how the numbers ran but they started off with easy words like 'ball' and 'dog' and got incrementally harder. As I said in the video the book started in 1940 and are still going strong today, helping children to learn to read and opening their minds and imaginations. They have cool art too :D

Now I certainly can not recall all the Ladybird books that I read nor do I have any of them now, except for this one book! Well I say 1 but I actually have 2 copies of it!! It is the GREATEST Ladybird book EVER!! Heck maybe the greatest book by any publisher ever full stop!! haha well I certainly loved it as a kid. Those scaly terrible lizards enthralled me as a boy and probably still do. Dinosaurs, simply put, are cool as heck!! 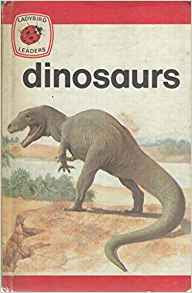 I dare say this book was my introduction to dinosaurs and the wonder of our world's prehistory, they were amazing, awesome, terrifying!! How I wished I could see one!! The sheer size of them! The claws, the spikes, the teeth!! Dr Who fought the Dinosaurs I seem to recall, and there were those great Ray Harryhausen

and it's sequels, absolutely great films in regards to special effects, I remember seeing the 1st one in the cinema and that early scene where they 1st spot the enormous sauropod Brachiosaurus plodding along and stare at it in amazement. I was doing the same in my seat, smiling like a loon.

I'm not the only person who thinks they are cool either, dinosaurs are every where! In books and TV shows and films and comics, there are even 2 heavy metal bands aimed at children where all the band members dress as dinosaurs!!

Hmm I went off on a bit of a dinosaur shaped tangent there! I was talking about Ladybird books and got distracted... dinosaurs are cool though aren't they? Which one is your favorite? I find it very hard to choose just one. I like Brontosaurus

because it was a dinosaur, then it never existed then it was a dinosaur again!! Ankylosaurus and Stegosaurus are kind of cute but them big carnivores though!! Oh my!! Whoops sorry I was meant to be talking about books!

Yes, recently Ladybird Books have launched a great irreverently fun range for 'Grown-ups' with some amazing titles. They pay homage to the old books of the 60's, 70's and 80's even using the same art and writing style but the subjects are treated a lot differently.


Comedy writers Joel Morris and Jason Hazeley,  adapted Ladybird’s archive to create a series of titles that includes The Ladybird Book of the Hipster, The Ladybird Book of the Hangover and How it Works: The Husband. In an article from The Metro they say "Our books are loving pastiches, not savage parodies, so they’re done with enormous affection: the joke isn’t at the expense of the publisher. The joke is that life looks bloody silly from some angles." One thing is for the sure, the joke, whoever it is on, is damned funny. Check out some of these titles

they are going to make great stocking fillers for Christmas, I will have great fun working out which one is best to buy for which relative or friend! How it Works: The Cat for my dad for sure, torn between How it Works: The Mum or How it Works: The Sister for my sister! Perhaps I'll treat myself to The Ladybird Book of The Sickie

See this article from the Metro for more details 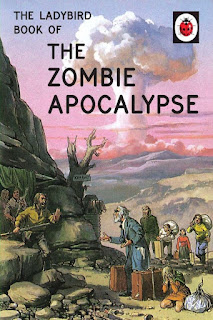 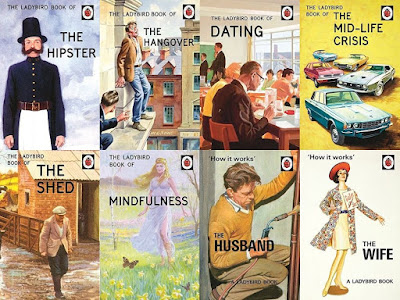 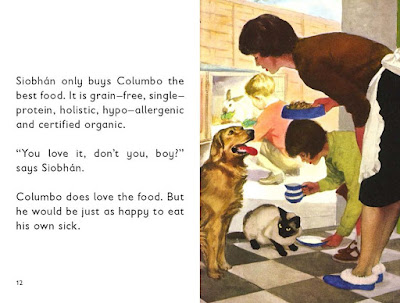 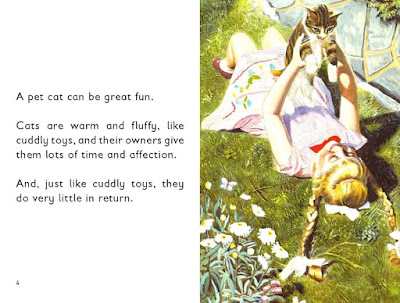 I just thought I'd put this online so I can check it on my phone if I ever need to. Also if anyone is looking to trade or anything. ...